The billionaire owner of the Los Angeles Rams and his billionaire Walmart heiress wife have purchased the largest ranch in the United States.

Stan Kroenke, who owns the Los Angeles Rams and is also the largest shareholder in the English football club Arsenal, closed a deal to buy the 535,000-acre W.T. Waggoner Ranch in Texas.

Kroenke is married to Ann Walton whose father Bud was an early business partner in Walmart, which was founded by his brother Sam.

The ranch had been listed at $725million, but it is not being reported how much was paid for the property.

Kroenke is reportedly worth $6.3billion while his wife is worth $4.9billion. Big buy: Stan Kroenke (above in May 2014), who owns the Los Angeles Rams and is the largest shareholder in the football club Arsenal, bought the W.T. Waggoner Ranch 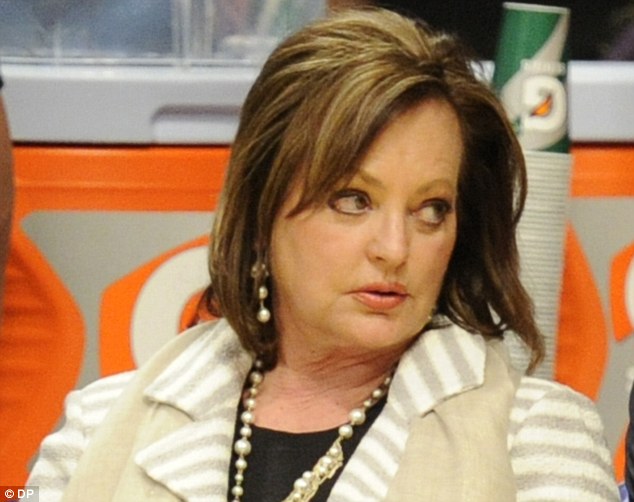 Big name: Kroenke is married to Ann Walton (above) whose father Bud was an early business partner in Walmart, which was founded by his brother Sam 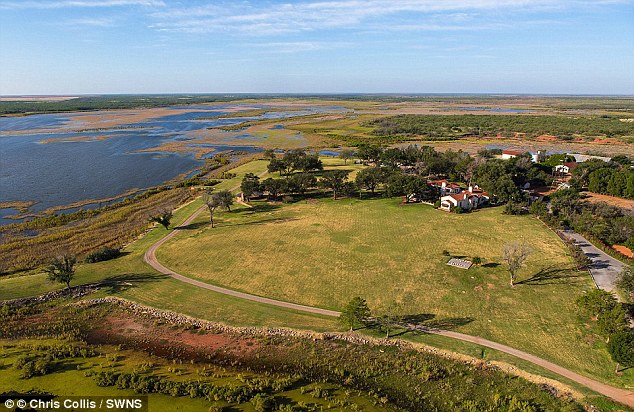 Huge: The 535,000-acre property, which is in Texas, is the largest ranch in the United States and spans six counties 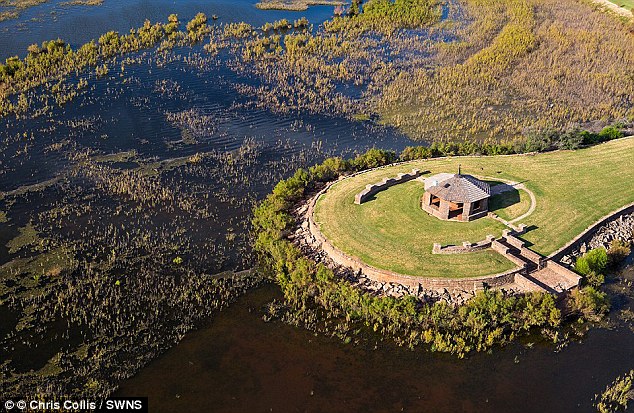 Hush hush: It had been listed at $725million but it is not being reported how much Kroenke paid for the ranch

‘This is an incredible opportunity and an even greater responsibility,’ Kroenke said of the purchase.

‘We are honored to assume ownership of the Waggoner – a true Texas and American landmark –and are deeply committed to continuing the proud legacy of W.T. “Tom” Waggoner, his family and his descendants.

‘Our gratitude to them and to the many parties involved in this process is immense. We will continue to preserve and protect this uniquely American treasure.’

Joel D. Leadbetter of Hall and Hall represented Kroenke in the sale.

Cattle baron Dan Waggoner established the estate in 1849 – and it has operated with its backwards ‘D’ logo ever since.

The estate includes the 510,000-acre ranch spread over six North Texas counties, with two main compounds, hundreds of homes, about 20 cowboy camps, hundreds of quarter-horses, thousands of heads of cattle, and 30,000 acres of cultivated land.

Oil was discovered on the property in 1902 and there are now more than a thousand wells spread across the property.

Heirs and stakeholders currently occupy two of the three principle houses and much of the estate has not yet been explored for oil and other mineral reserves. The estate includes hundreds of homes, 20 cowboy camps and thousands of cattle. It’s been called the ‘Statue of Liberty’ of cowboy culture 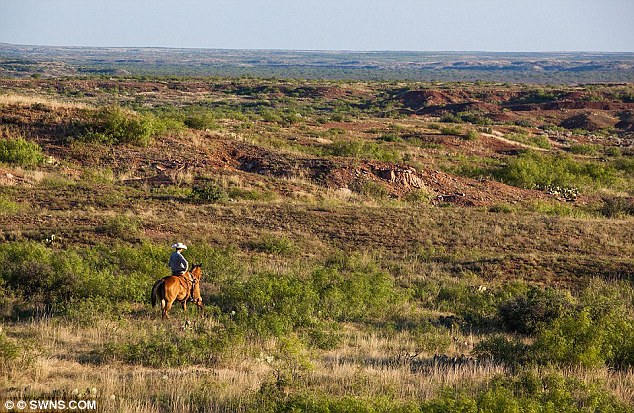 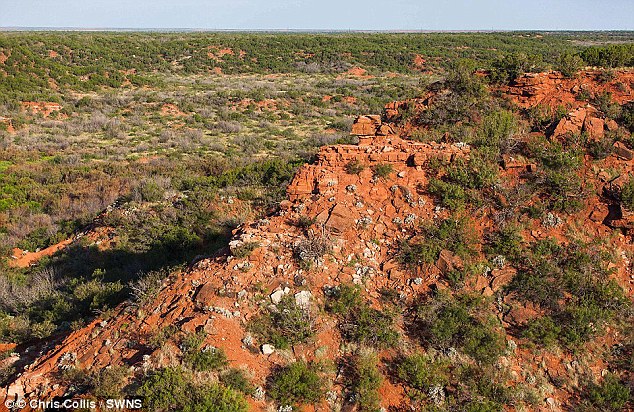 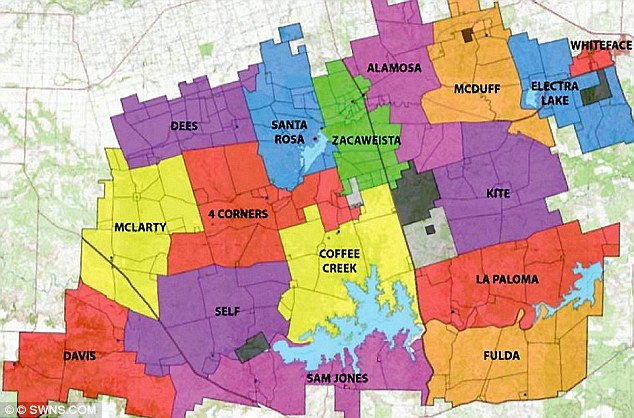 Bigger than NYC and LA combined: The property is the largest continuous ranch in the US, and stretches over six counties

He added: ‘It is an extremely rare piece of property, not only because of its individual attributes but you likely simply cannot buy this amount of contiguous ranchland under one fence anywhere else in the world.

‘Certainly there are none, however large, that have the exact qualities, history and potential upside of this property.

‘There are 510,000 acres on the estate, making it the largest ranch in the United States under one fence. It’s a record breaking price because it is a completely unique offering.

‘This is a legacy property having never been on the market before and been in the same family for the past 160 years since the 1800s.

‘There are 510,000 acres on the estate, making it the largest ranch in the United States under one fence. It’s a record breaking price because it is a completely unique offering.’

‘What really sets it apart is that all this land has been kept together under one fence by one family for nearly 100 years, and its history in the settling of the West,’ said court-appointed receiver Mike Baskerville. 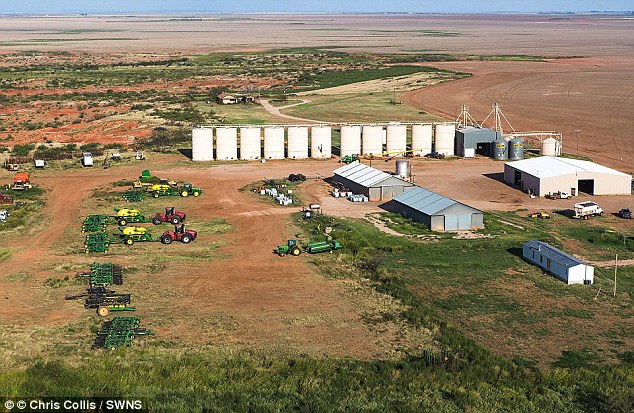 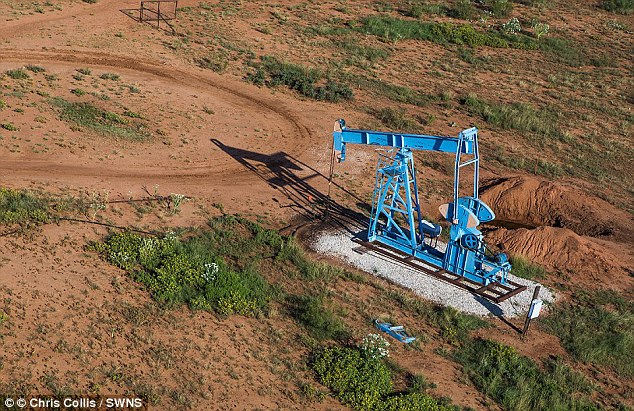 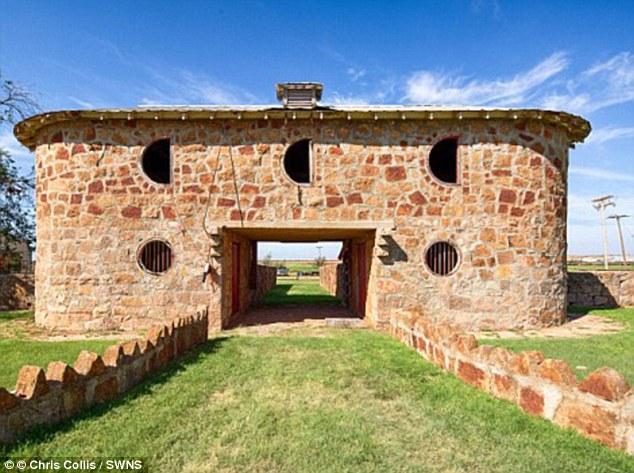 As well as oil and homes, there is a total of 30,000 acres of cultivated land Native American Indians on the W.T. Waggoner Estate Ranch, which was found in 1849

W.T. Waggoner built the Arlington Downs racetrack that operated in Arlington during the 1930s. His granddaughter Electra Waggoner Biggs was a noted sculptress after whom Buick named a luxury car and Lockheed named a plane.

Her namesake, Electra Biggs Moulder, said of the sale; ‘I am so pleased that the legacy of the Estate is passing to the right man, who has shown a commitment to conservation and the Waggoner way of life.’

In 1991, she filed a lawsuit seeking the liquidation of the family estate, spurring a 12-year family feud. Biggs died in 2001. When a district judge ruled in favor of liquidation in 2003, one of the estate’s primary stakeholders, A.B. ‘Bucky’ Wharton III, appealed.

The family agreed to list the estate after the court said it was considering ordering an auction of the assets, Baskerville said. The listing has already attracted attention from interested buyers, he said.

Local residents have been worried that oil wildcatters or foreign investors will divide up the land and fire ranch employees, more motivated by making a profit than preserving history.