City of London Festival is back

CITY OF LONDON FESTIVAL: The City of London will be crammed with music, comedy, cabaret, performance, film and more for three weeks for City of London Festival. Some events free, see programme for details, 22 June-10 July

TRAVELLING ARCHIVE: The Travelling Archive is an exhibition of sounds, texts and images, all taken from a research, documentation and dissemination project in Bangladesh, West Bengal and other adjoining parts of eastern India, as well as Bengali neighbourhoods in London. See the exhibition at Rich Mix. Free, just turn up, 22 June-5 July

MORE LONDON FREE FESTIVAL: From now until September, The Scoop at More London Riverside will be taken over by theatre, music, dance and film, as the More London Free Festival takes place. This month, the focus is on music. Take a look at the calendar to see what’s on this week.

ILLUSTRATION AWARDS: See this year’s entries to the VA Illustration Awards at the museum. Works consist of book, editorial and student illustration. Free, just turn up, until 2 August

CHRISTINA BROOM: Museum of London Docklands’s new exhibition is all about the UK’s first female press photographer, Christina Broom, a self-taught novice who turned photography into a business venture to support her family. Free, just turn up, 19 June-1 November

FREEDOM OF HILLINGDON: The centenary of the RAF Northolt airfield is being celebrated with a parade through the streets of Uxbridge. Over 200 armed service personnel will march down the High Street in Uxbridge, from Harefield Road to the Civic Centre forecourt, where they will be received by Mayor of Hillingdon Cllr George Cooper. It’s free to watch. Free, just turn up, 10.40am-11.40am

ROBIN HOOD GARDENS: The Twentieth Century Society has put forward a bid for Robin Hood Gardens, the 1960s residential estate in Poplar, to be heritage listed. This seminar is a final chance to hear all of the arguments for and against the listing before a decision is made. Free, prebook, 2pm-6pm

MOTORSPORT CAREERS: There’s a free lecture at the Institution of Mechanical Engineers, aimed at women interested in pursuing a career in motorsports.The event will have three student presentations from F1 and a panel of motorsport professionals will talk about their greatest engineering challenges and how overcoming this gave them a competitive edge. Free, prebook, 5pm

MARINE PROTECTION: The British Library hosts a TalkScience event about how global overfishing has resulted in diminishing stocks and widespread environmental damage, and how we can make stocks more sustainable for the future. £5, prebook, 6.30pm

VICTORIAN DINOSAURS: The Grant Museum of Zoology hosts an evening focusing on the dinosaurs of Crystal Palace and how they shaped public perceptions of dinosaurs. There’s also a chance to view the Strange Creatures exhibition. Free, just turn up, 6.30pm

ITALIAN FILM: The Italian Cultural Institute hosts a screening of The Paths of Glory, a film about Oscar nominated Italian director and screenwriter Mario Monicelli. After the screening there will be a panel discussion with Lorenzo Codelli and Mark Le Fanu. Free, prebook, 6.30pm

POETRY LAUNCH: The Emma Press launches its first anthology of poems for children (aimed at ages 9-12), a collection of poems by contemporary writers inspired by classic myths and legends. Free, RSVP, 7.30pm

INDIA PHOTOGRAPHER:  A new photography exhibition opens at the VA Museum today, showcasing the work of 19th century British photographer Captain Linnaeus Tripe. See over 60 of his most striking views of Indian and Burmese landscape and architecture, taken between 1852-1860. Free, just turn up, 24 June-11 October

CONNAUGHT VILLAGE FESTIVAL: Connaught Village, between Bayswater and Marble Arch, has a festival with live music, fairground rides, street entertainment and a variety of artisan food and craft stalls plus art and dog shows. Free, just turn up, 2pm-8pm

STANZA BONANZA: Brixton takes on Clapham in poetry at this week’s Stanza Bonanza at The Poetry Society in Covent Garden. Free, just turn up, 7.30pm

SCIENCE MUSEUM LATE: This month’s Science Museum Late is a collaboration with the Royal Society as they bid to discover The Next Big Thing. Take a look at what booze does to our brains, why diamonds are more than just a gemstone and if robots can evolve. Free (some events require a ticket), just turn up, 6.45pm-10pm 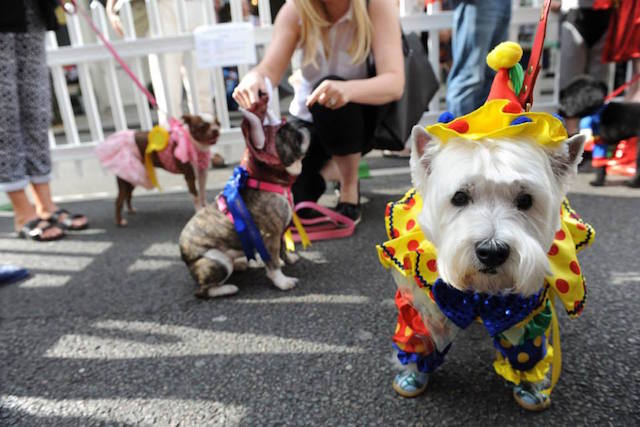 FORTEAN SOCIETY: London Fortean Society is at Dirty Dicks on Bishopsgate for a talk about UFOs. Fortean Times writer David Clarke has spent decades investigating sighting reports, unearthing Top Secret government files, and interviewing those who claim they have seen interplanetary craft and met their occupants. Tonight, he talks about his research. £4/£2, prebook, 7.30pm

SUMMER SHOW: UCL hosts its annual celebration of student work from The Bartlett School of Architecture, with over 500 students presenting a range of inventive, creative and visual work, from models and drawings to films, multimedia installations and computer fabrications. Free, 26 June-11 July

FREE WALK: Take this guided walk around the Coram area of Bloomsbury, and find out about Thomas Coram, The Foundling Hospital, and how the charity created one of the loveliest parts of London. Free, prebook, 12.30pm

GLASTONBURY COVER: Didn’t get a ticket for Glasto this year? Fear not, and head to Paddington’s Norfolk Square Gardens where live music takes place all afternoon, alongside food stalls, a ping pong table and deck chairs. Free, just turn up, 12.30pm-7.30pm

FILM CLUB: There’s a screening of Like An Open Sky, a film about a place on the French-Belgian border that takes care of psychologically and socially challenged children, at Coin Street Neighbourhood Centre. £5, just turn up, 6.30pm

MAGNA CARTA: A conservationist at the British Library talks through the process of preparing the two original Magna Carta manuscripts for display. £5, prebook, 6.30pm-8.30pm

NHM LATE: Natural History Museum is open late to allow adults to explore the collections after hours, with plenty of food and drink to buy. Free (charge for some exhibitions), just turn up, 6pm-10pm 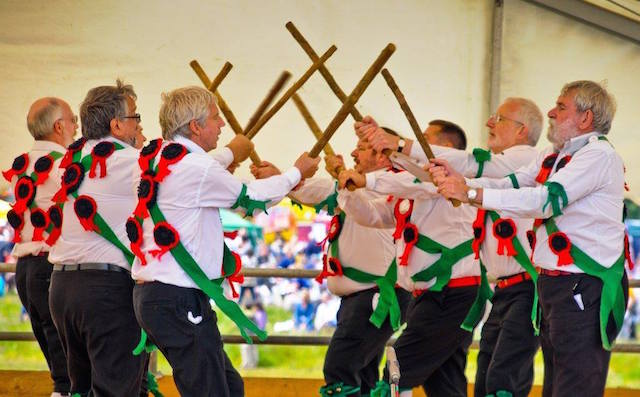 EEL PIE ISLAND: The private Eel Pie Island on the Thames at Twickenham is home to a nature reserve, artists’ studios, and a boatyard. Twice a year, the island opens up to the public and the studios open their doors to visitors to see inside a real working artist’s studio, talk to the artists and purchase or commission new art works. Free, just turn up, 27-28 June

COMEDY: There’s work in progress shows from the rather wonderful Joseph Morpurgo and James Acaster at The Lion in Stoke Newington, with Laugh Out London. £5, prebook, 7pm

Check out our map of free things to do in London for more frugal fun.