Sportswear billionaire Mike Ashley has launched a new discount store in a bid to take a bigger share of the UK high street.

The plan, which has so far been shrouded in secrecy, has been dubbed ‘Son of Woolworths’ and launched just days ago, The Mail on Sunday has learned. It is his first step outside the sports and fashion markets.

Ashley’s new store concept, so far operating under the name ‘Mega Value’, has been launched in Kidderminster, Worcestershire, at the site of a department store that closed down last year. 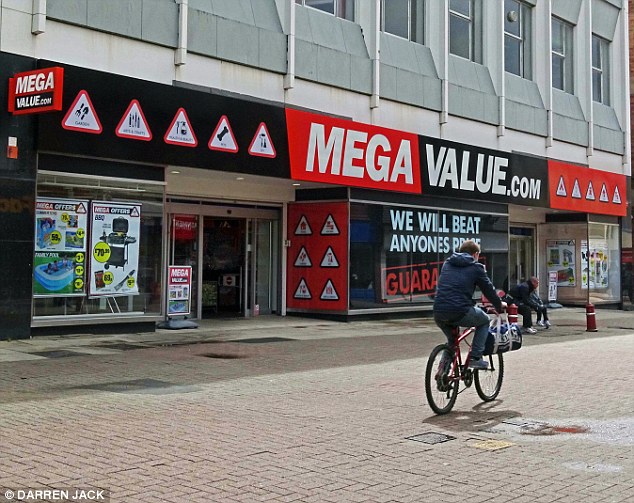 The Mega Value shop has been launched with the promise ‘We will beat anyone’s price’ and is likely to unsettle other discounts stores, which will be aware of Ashley’s reputation for negotiating a bargain price with suppliers.

A source said: ‘It is very similar to a BM or Wilko store. It will be interesting to see how this venture fares as there are a lot of empty shops about where you could quite easily slot one of these.’

It emerges at the same time as an apparently unrelated turn of events that will see the closure of the Woolworths website next month. The closure is due to be confirmed today by its owner, Shop Direct, which acquired the rights to the name following the chain’s disastrous collapse at Christmas 2008.

Fury as billionaire Sports Direct boss is ‘too busy’ to…

‘People in the industry are calling [Ashley’s venture] “Son of Woolworths” and the fact that it is launching virtually on the day the Woolworths site has closed will not be lost on people,’ said one senior retail source. ‘Its assortment of products is virtually identical to what you would have once found in the stores – toys, kitchen and home products, pets and DIY. The whole thing also screams low price.’

Ironically, the shop is adjacent to the town’s former Woolies store, which has remained empty since closing more than six years ago.

Sports Direct – whose deputy chairman Ashley owns Newcastle United and is engaged in a battle for control of Glasgow Rangers – is preparing to launch a website under the names MegaValue.com and MegaValueDirect.com. 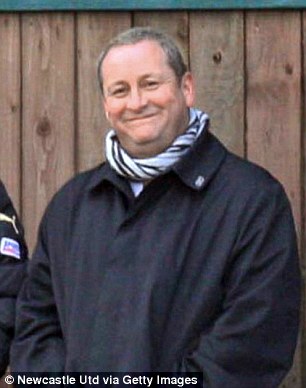 In charge: Sports Direct is listed on the Stock Exchange but is majority owned by Mike Ashley

The pitch of the store is unlikely to reverse low opinions of the company among some critics. One MP recently criticised the firm of engaging in a ‘race to the bottom’ in its business and employment practices. But it will also renew concerns that Woolworths’ collapse was premature. Ashley’s new plan and the proliferation of discount stores in former Woolworths outlets suggests the chain could have found a new purpose, given the right backing and strategy.

The Woolworths name is being ditched by Shop Direct, the £1.7 billion turnover online retail giant owned by billionaire brothers Sir David and Sir Frederick Barclay – whose other interests include The Daily Telegraph – in favour of their other brands.

Very, which was launched six years ago, has been a runaway success for Shop Direct and accounts for half of group sales.

The new store concept is part of a wider strategy at the Sports Direct group to test new formats and new avenues for growth beyond the sportswear market. Ashley and his chief executive, Dave Forsey, have considered possible department store acquisitions, including House of Fraser last year.The chain was eventually bought by Chinese conglomerate Sanpower in a £480 million deal. Ashley was left with an 11 per cent stake.

He also controls an estimated 10 per cent stake in Debenhams.However, his multi-layered plan to test different high street formats also includes the group’s gym concept, Sports Direct Fitness, one of which will take the upper floor of the new Kidderminster store.

Sports Direct, which is listed on the Stock Exchange but is majority owned by Ashley, has a growing number of retail and product brands that could suit both downmarket or more affluent areas.

Observers say that mixing different formats would allow Ashley to use ever larger spaces that could include a Sports Direct shop, a homewares offer through the Mega Value test concept and the gym.

But his firm has also built up a casualwear division that includes USC, Republic, and the upmarket chains Flannels and Cruise, which would suit more affluent areas. Sports Direct also owns a host of brands such as Firetrap.

It is also likely to fuel speculation that Ashley could snap up the Woolworths brand following indications that the Barclays may put it up for sale once they have converted shoppers to other Shop Direct brands.

The comments below have not been moderated.

The views expressed in the contents above are those of our users and do not necessarily reflect the views of MailOnline.