and
Lydia Willgress for MailOnline

Situated near the beautiful Durham coastline among rolling green fields, they sound like a beautiful place to live.

Yet homes in the once thriving villages of Horden and Blackhall stand empty and – even with a price tag of just £1 – have no buyer.

Almost 160 terraced homes that snake through the villages are boarded up or entombed behind steel shutters. In fact, they outnumber the properties that still have ordinary doors and windows. 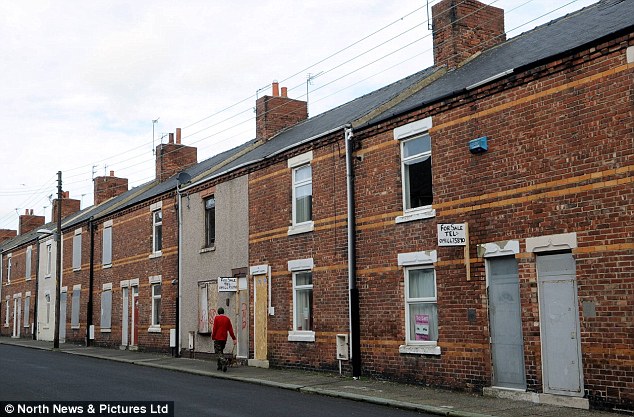 Accent housing association, which owns most of the houses, says it pulled millions of pounds of investment because there is no demand for two-bed homes following the introduction of the ‘bedroom tax’ 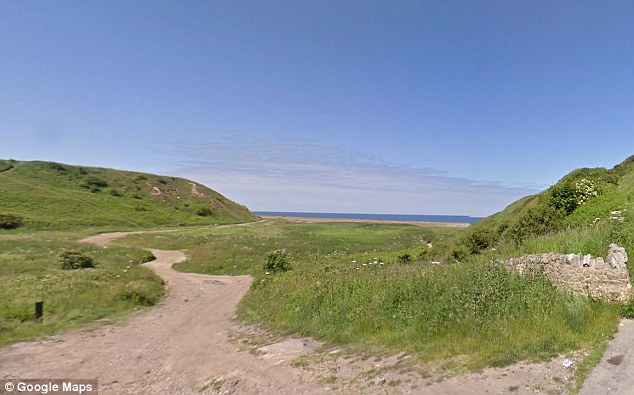 Horden Beach, which is particularly good for fishing, is just down the road from many of the houses

The association, Accent, says it has withdrawn millions of pounds of regeneration cash from the villages – believing the homes cannot be let. It blames the so-called bedroom tax.

Also known as the Spare Room Subsidy, the ‘tax’ is a change to housing benefit which means claimants receive less if they live in a housing association or council property with a spare bedroom.

Accent offered to sell 130 homes to Durham County Council for just £1 each, but the council refused. However, residents blame the housing association for letting the area slide and say they are now plagued by rats.

Pat Barnett of the Horden Colliery Residents’ Association said: ‘The quality of the houses has gone down – the Accent owned houses. They weren’t doing their repairs and people just moved out.’ 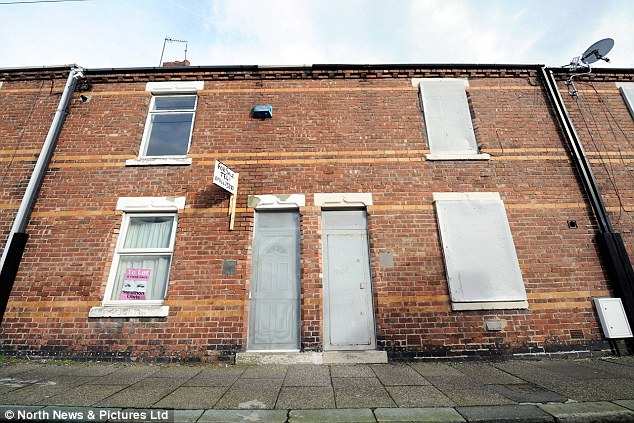 The association says it offered 130 of the homes to Durham Council at just £1 each, but the council refused because people cannot afford to live in homes with a spare bedroom 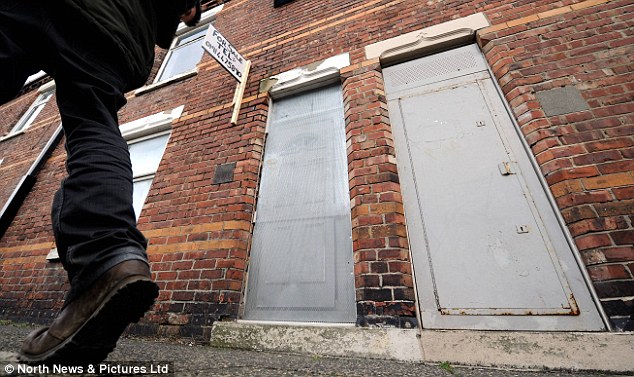 Residents have said that the villages used to be nice places to live, but are now infested with rats 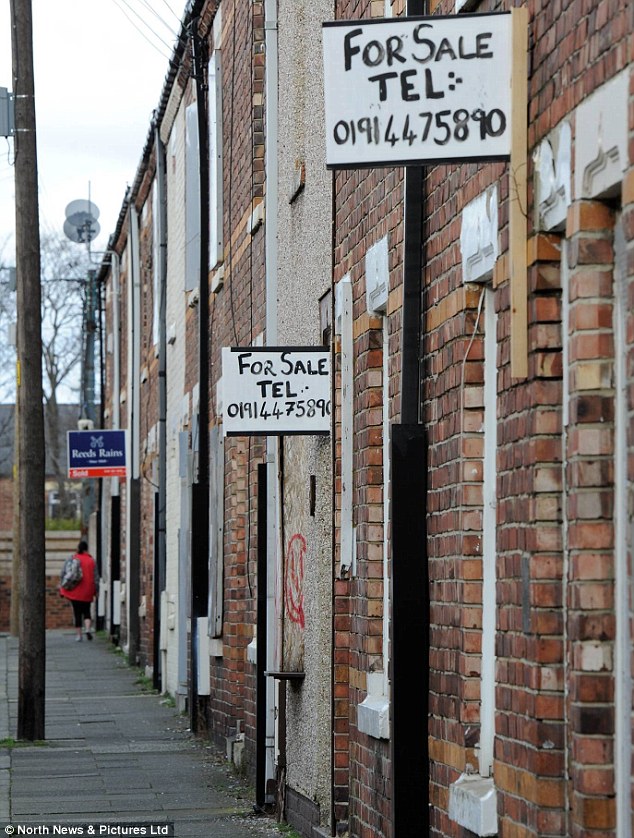 The street has been left with red graffiti and for sale signs as its only residents, and has been compared to Beirut in Lebanon 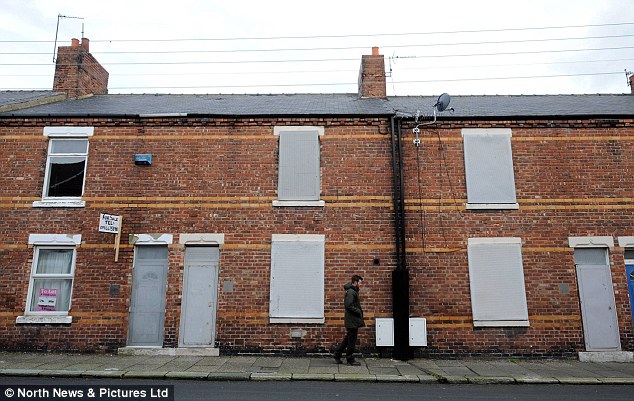 These boarded-up houses, many of which are on Twelfth Street, Horden, have also been compared to a ‘disease’

She said that no one wanted to live next to houses that were boarded up adding: ‘It’s just like a disease that’s spread down the streets.’

Things are likely to get even worse in the former mining villages with a further 100 households due to move out.

Isabel Roberts, who has lived in the area for 38 years, told Channel 4 News: ‘These were lovely houses. Now it’s like Beirut. It’s absolutely disgraceful.’ 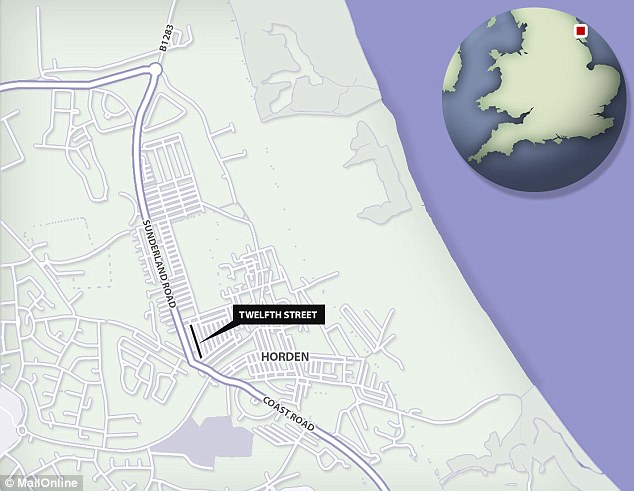 Some of the houses, on Twelfth Street, are just two miles away from the beautiful north-east coastline 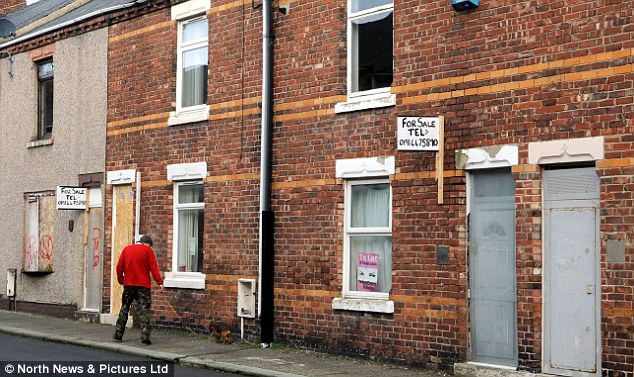 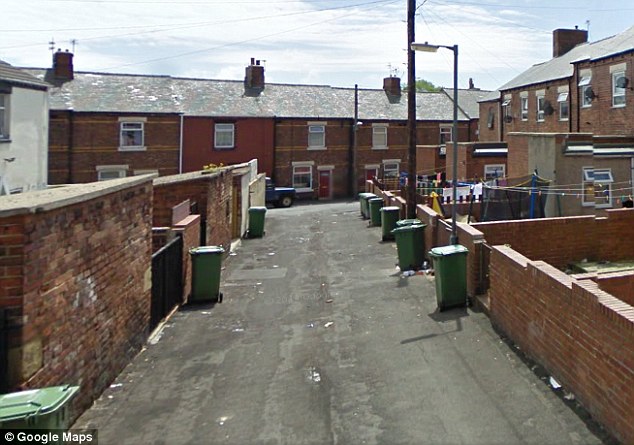 The £1 houses even have small courtyard gardens, which back on to narrow roads and alleyways

The Accent group says the introduction of the ‘bedroom tax’ has accelerated the town’s decline.

Gordon Perry of Accent said: ‘It is a factor, it’s the straw that broke the camel’s back.

‘We had 67 per cent of our two-bed properties with single people in. But the bedroom tax means that’s no longer affordable.’

Durham council says that even if the homes are bought for just £1, they would be too expensive to repair. They may now go on the open market.

TOP THINGS TO DO AROUND HORDEN 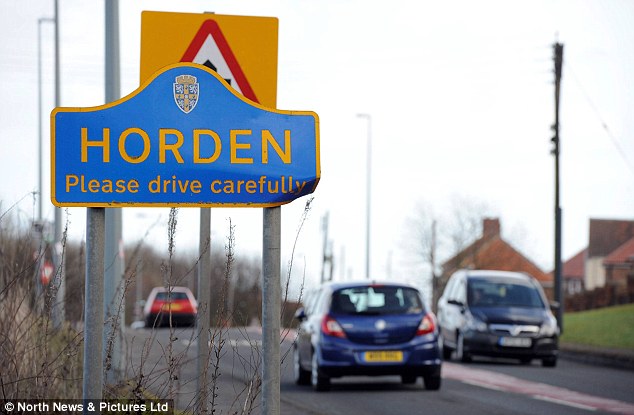 Durham council says that even if the homes are bought for just £1, they would be too expensive to repair and they may now go on the open market

The comments below have not been moderated.

The views expressed in the contents above are those of our users and do not necessarily reflect the views of MailOnline.

Who is this week’s top commenter?
Find out now