Only in Vancouver would a $600,000 house be considered a deal, but in a city of million-dollar homes, a 100-year-old blue house on Clark Drive stands out. 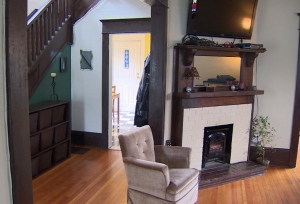 “It’s very rare, and that’s why all the excitement,” said RE/MAX realtor Mary Cleaver during an open house on the weekend.

The 1911 house sits on only a half lot and looks out on a busy street, but the old house has plenty of character and was built to last.

“I believe this house was, potentially, saved because it is on a different kind of lot, one that isn’t necessarily appealing to builders. So this has been a lovely family home for 100 years and, if well taken care of, could house a family 100 years from today,” she said.

Click on the video icon at the top of this story to see more images shot outside and inside the home. 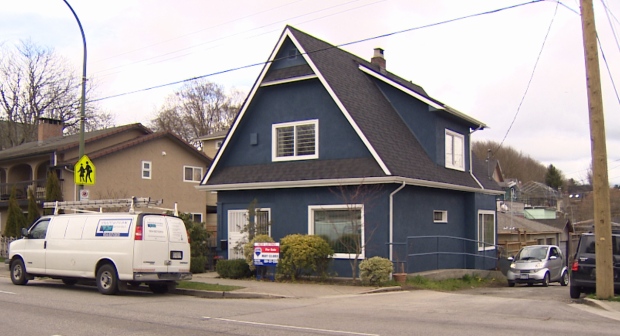 This 100-year-old house on a half lot at Clark Drive near 10th Avenue in Vancouver goes on sale today. (CBC)