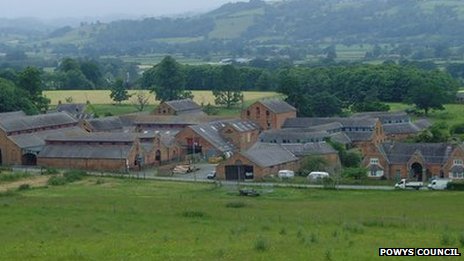 The future of a historic grade II-listed Victorian farm in Powys has been secured after it was announced it would become a stud farm.

Potter Group, which owns the model farm in Leighton, near Welshpool, said Yorton Farm stud near Shrewsbury would move into the premises next month.

Powys council, the site’s former owners, announced in 2009 that Potter Group would develop the site.

The firm said it had made a “considerable investment” since then.

“The move presents tremendous possibilities for future regeneration at the site, which had been falling into disrepair.

“The move not only protects the historic model farm buildings for future generations but also brings new employment opportunities to the area.”

The model farm, which also includes seven houses and 300 acres of land, was given to John Naylor by his uncle as a wedding present as part of the Leighton Park estate in the 19th Century.

But in the early part of the 20th Century it was broken up to pay for death duties, and in 1931 the farm was sold to the local authority.